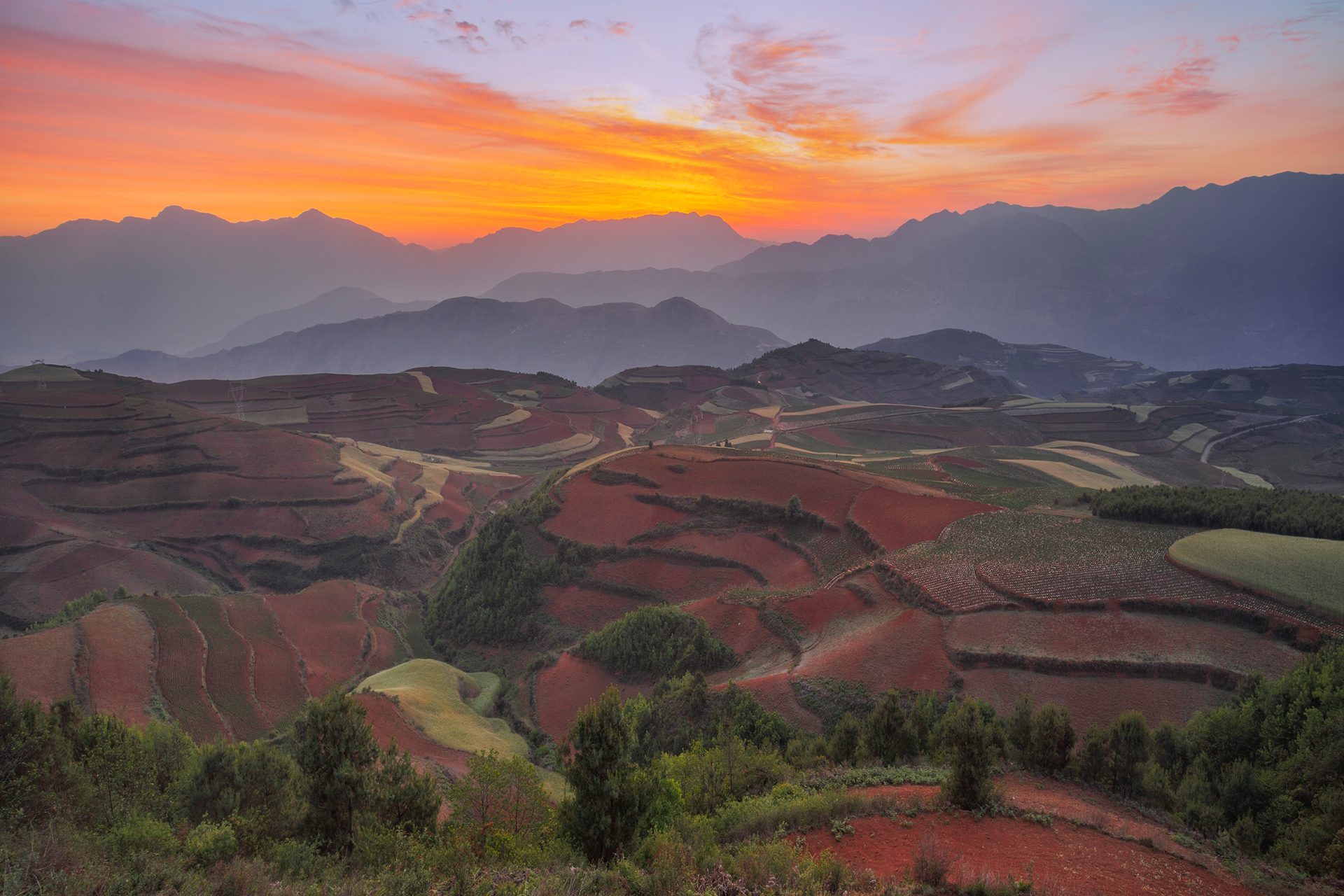 Dongchuan Red Land is the highland in Dongchuan District in the Yunnan province of China. It is about 155 miles (250 km) northeast of Kunming City, with an altitude of 5900 – 8500 ft (1800 – 2600 m). As the name implied, Dongchuan Red Land encompass a large area of red soil that is rich in oxidized iron and aluminum, rendering it amazingly red color. It isn’t overstated to name it “The God’s Palette”. It was claimed to be the most spectacular red land in the world following the one in Rio Brazil.

The most amazing feature of Dongchuan Red Land is the red soil interspersed with colored crops that form interesting layers and patterns. You will experience unique landscape in each season. In late April to early May, the potato flowers blossom and the wheat is ripe, rendering the green and golden colors. In late August to early September, the cole flowers are blooming everywhere, rendering the white color among the red soil. In mid-November to December, most of lands are ploughed while some of the lands still have the barleys and wheats, rendering the mixture of red, green, and golden colors. The combination of colors is simply spectacular in anytime of the year!

Dongchuan Red Land is a poorly developed rural area. The younger generations are leaving the village and seek for the better job opportunities in the big city. In addition, the red soil is considered as low yield soil that is not suitable for many crops. Further, the excessive deforestation, mineral mining, and uncontrolled development due to the tourism causing severe soil erosion and damage to the environment. All these problems lead to the gradual desertification of Dongchuan Red Land. 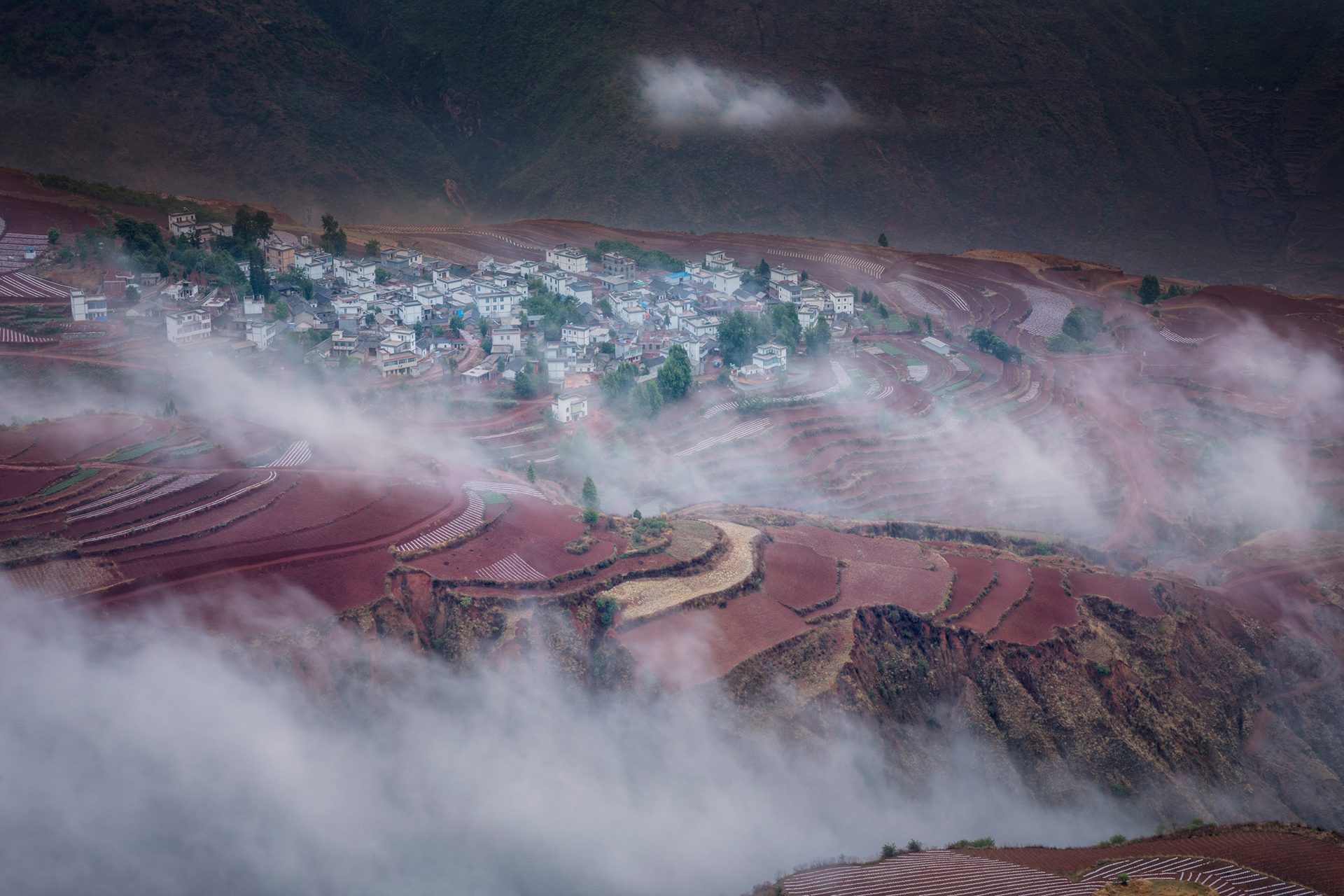 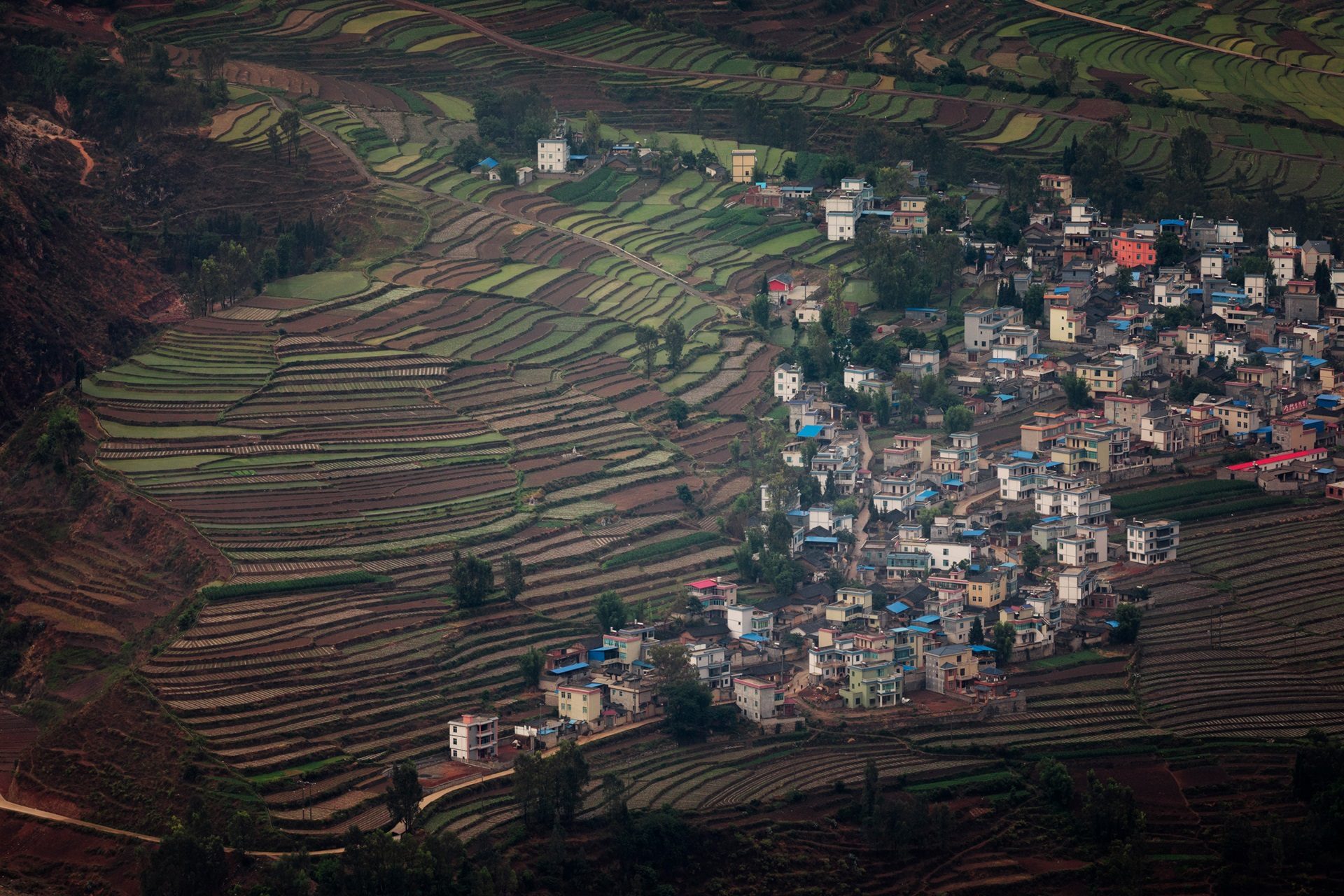 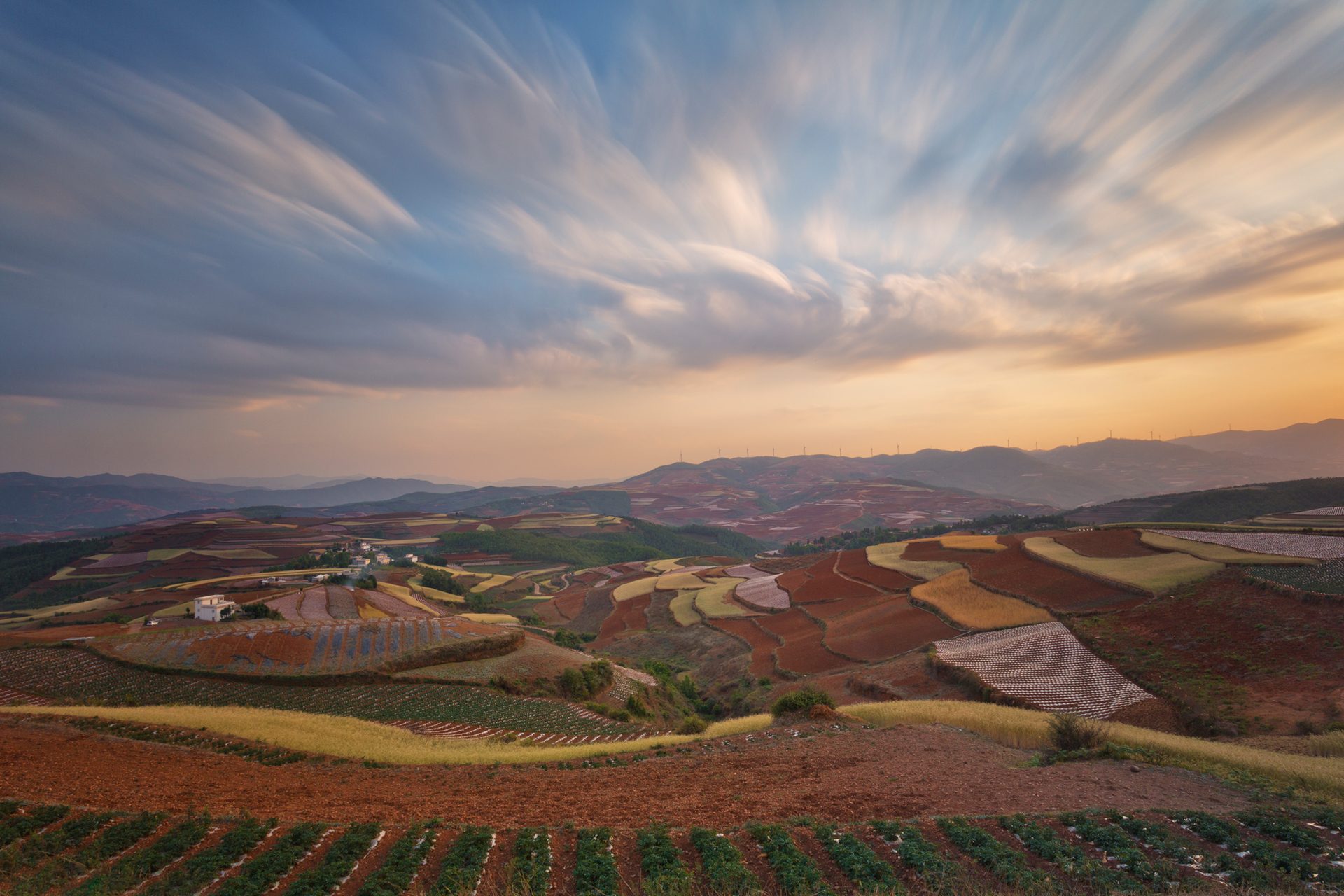 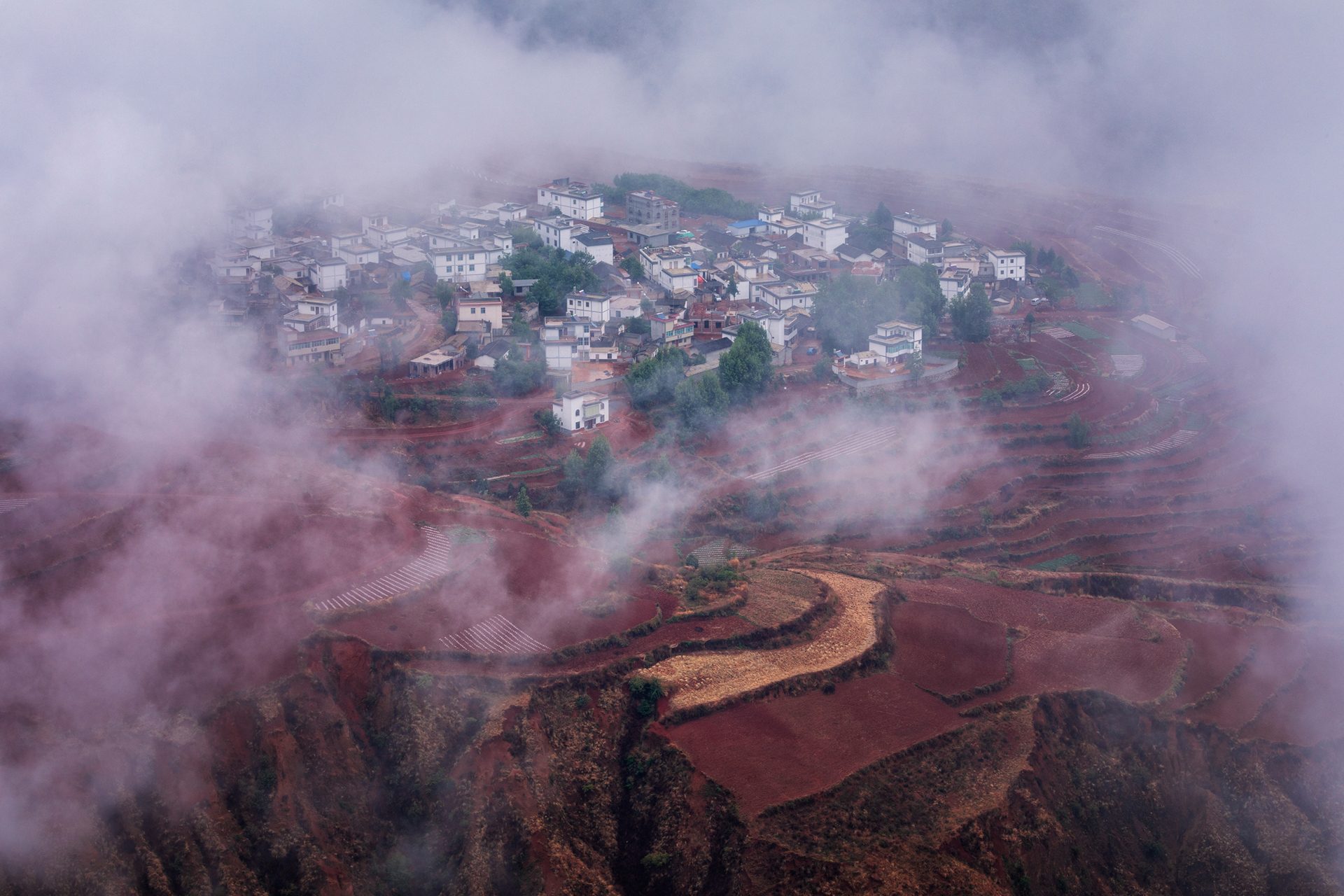 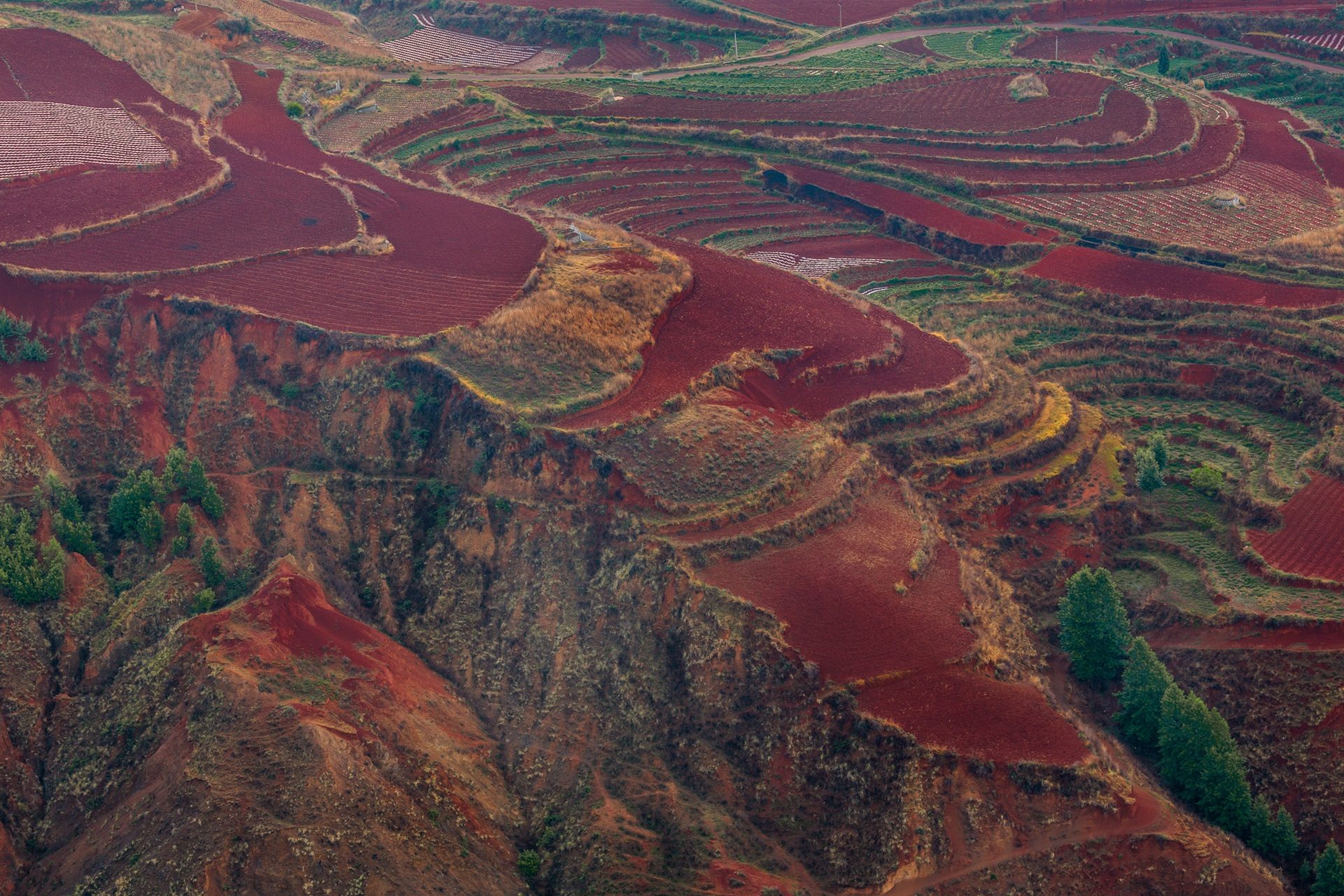 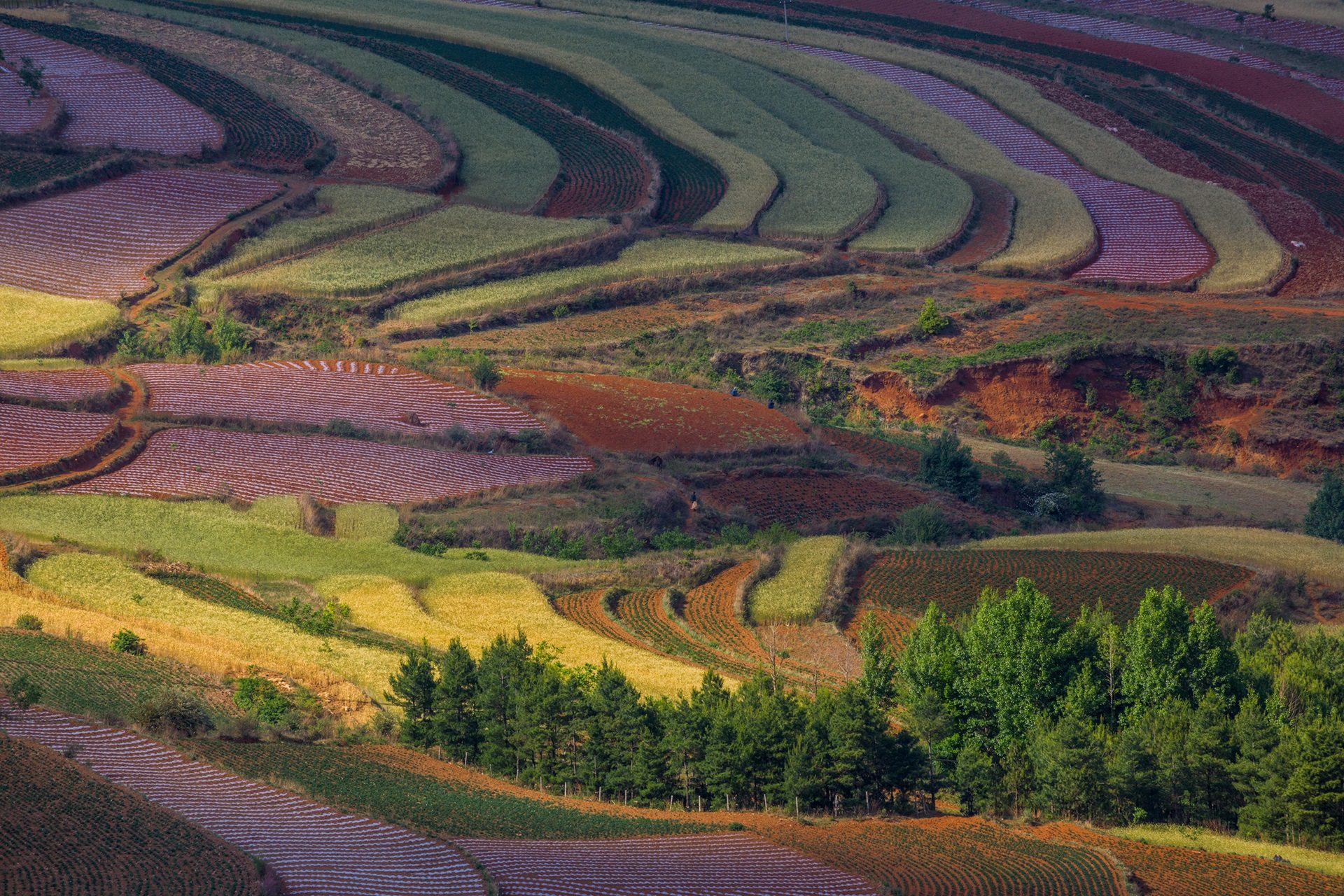 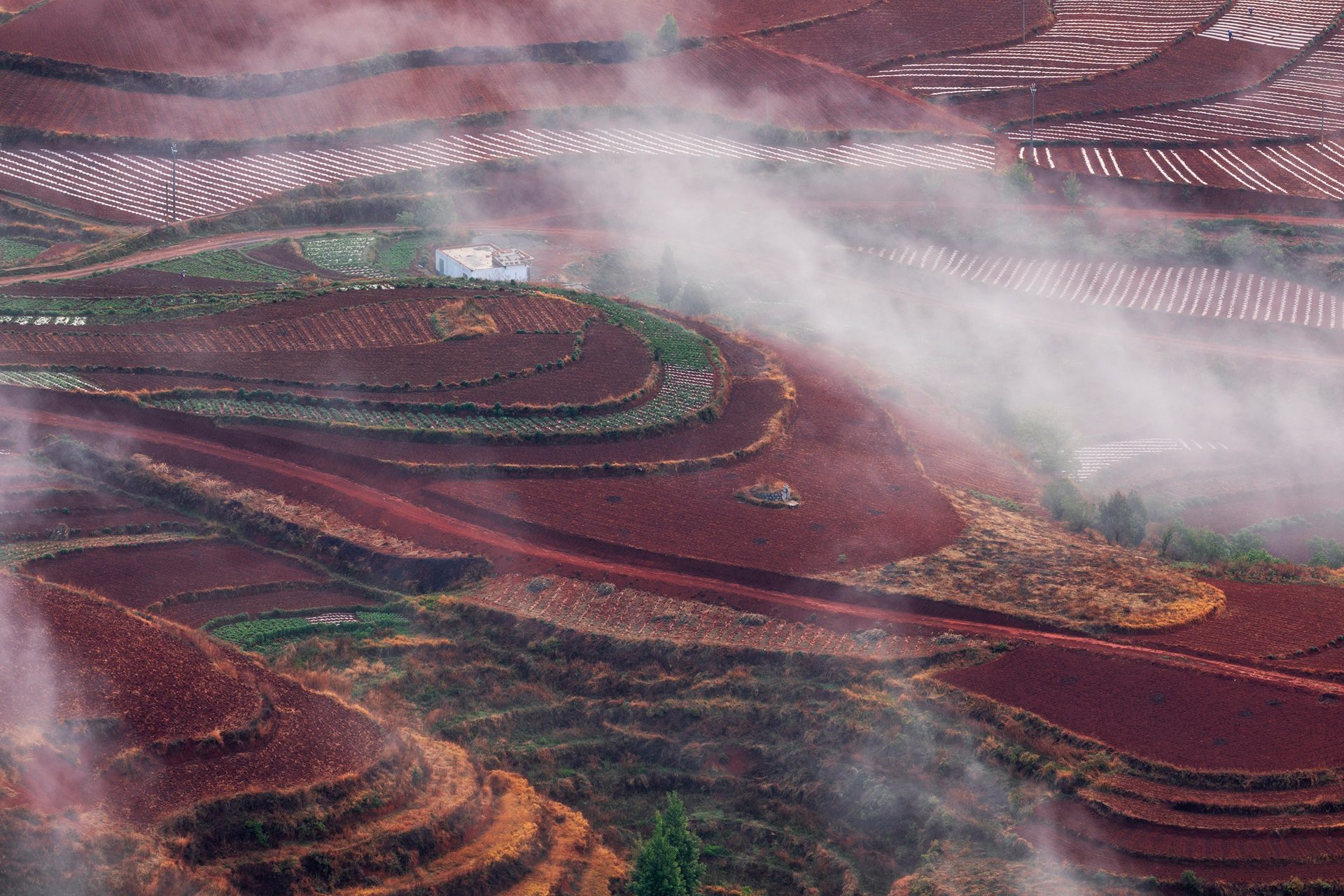